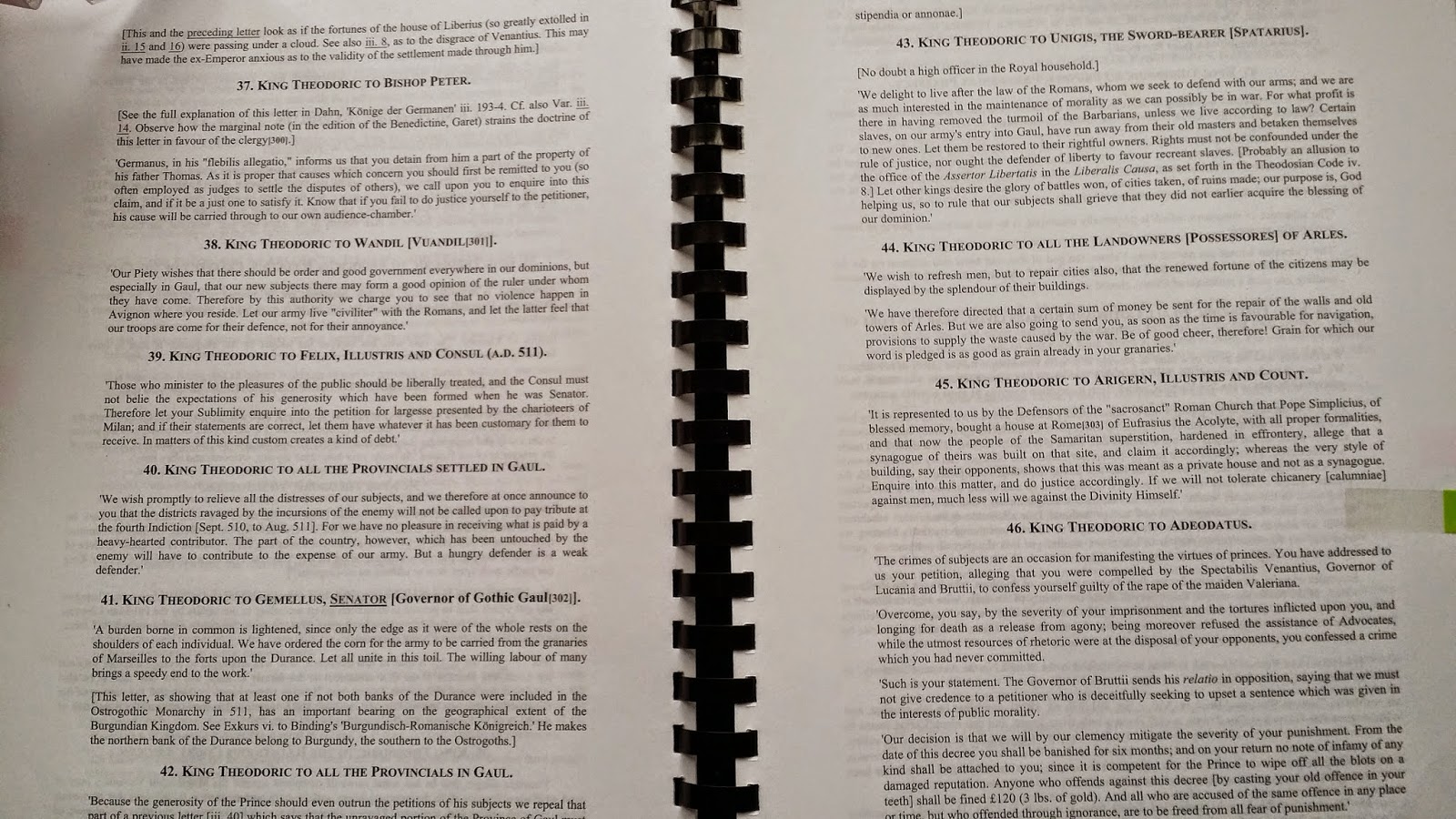 The Letters of Cassiodorus prompted a short story.  Among the many letters Cassiodorus wrote for the Ostrogoth king, Theodoric, was a punishment that did not make sense.

Originally I read the letters as background research for a novel. When I came across the letter banishing a man for six months which has prompted scholars to ponder, I had an idea. Who better to solve this mystery than the hero of the novel?

The idea was born. I placed the character in time two years before the novel begins, 512 C.E. Populated the world with people, from our hero to the self-absorbed and venal governor. Created minor characters. Enlarged the setting of the governor's villa. Gave him a penchant for being a wine snob.

The beginning and the middle lead to the punishment mentioned in the letter. Along the way, our hero practices reading Greek, the governor's treachery is revealed, a teenaged girl is used as a foil, a thunderstorm triggers a fall from a horse, a rooster attacks our hero, big guys start a fight, the caldarium of the bath soothes wounds and spirits.

That is today's project.