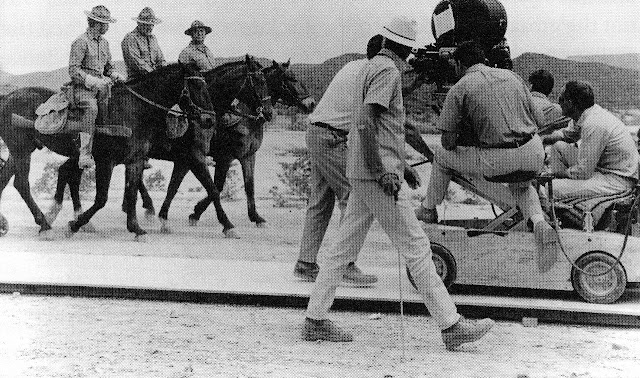 Filmmaking is a collaborative effort. Your script helps all the participants in the project know their role and involvement in each scene: director, actor, script supervisor, set designer, line producer, cinematographer, etc.

You may write your story in sequence but that doesn't mean the film will be shot in sequence. For each scene you need to set the stage for who is in the scene and the physical space.

Today, two separate beginning writers sent me scripts that don't set the scene. The characters just start talking. What this tells industry professionals is you are not part of the team but a rank beginner.

Know the budget constraints of your story. If you leap from country to country you are big budget and you'd best have all your details right. If you want people to buy your script, make it as professional as possible.

There's a lot of advice out there about keeping descriptions to a minimum, but don't skip them.

Tell the reader who is in the scene, where we are, and the feeling of the space. It doesn't take much.

Sample One - Without Scene Description

John and Marcia are walking on the sidewalk.

JOHN
I don't see him.

Marcia scans both sides of the street.

MARCIA
We've got to get out of here.

Pedestrians crowd the sidewalk as John and Marcia search frantically for Frank.

Ahead of them Frank slips into an antique shop.

From the other side of the street Gregor threads his way through busy traffic to follow behind John and Marcia.
JOHN
I don't see him.

Marcia scans both sides of the street.

MARCIA
We've got to get out of here.

How You Contribute To The Film Project

You've just provided information about making the film. For example:

Yes, on your first pass, just write the story. But, as you prepare your script for submission make sure you write details for each scene.

Have a question about your story, get in touch. contact@thestorybodyguard.com