Ontologies: The You-ness of You - Actation Now!

Ontologies Are How Search Sees You Ontologies are all the bits and pieces that you create on the web that make up the total of your web presence.  This interview between Oleg Moskalensky and David Amerland takes a look at all the ways you construct the ontologies about yourself and your business. The discussion is part [ ] The post Ontologies: The You-ness of You appeared first on Actation Now!.
http://bit.ly/2aGyrXm
Posted by Zara Altair at 18:37 No comments:

When Your Beta Readers are Unanimous

When Beta Readers Give Feedback 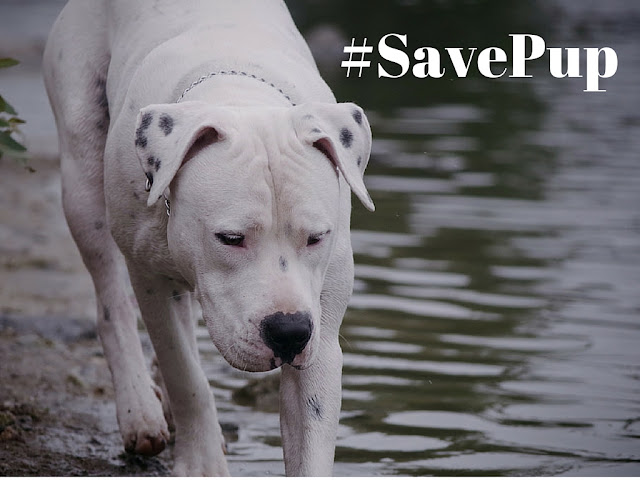 The first draft of The Peach Widow is finished. Now for edits before publishng.But along the way, when I took the next-to-the-last chapter to my Word Blenders writers group there was a hue and cry at the ending of the chapter.

Readers Get Invested in the Story

By using this site you consent to the use of cookies. Cookies ca
Posted by Zara Altair at 23:01 No comments:

Alex Bloom is the founder of Script Reader Pro, a screenplay consultancy made up of working Hollywood screenwriters, speakers, and consultants. Through their actionable script coverage and hands-onscreenwriting course, Alex and his team provide a road map to take screenwriters out of the often confusing land of screenwriting advice, and toward a place where they’re confident of what works on the page and what sells. Twitter: @ScriptReaderPro
Click to tweet this article to your friends and followers!
We all know every good screenplay should have a well-formulated theme — a sense of the story’s DNA and what it’s really at heart about — but there are many different interpretations out there as to what a theme actually is.
Some people think that if you take a basic emotion such as love, revenge, or desire, you have a solid script theme. Or that the theme of The Sixth Sense is Guilt vs. Redemption, but these approaches will often fail to help you write a great screenplay because they’re just static emotions that don’t go anywhere.
Emotion can form the basis of many themes, but a writer needs to elaborate on them before they can express the true thematic idea they want to get across.

Get tips on character arc and themes in Dara Marks on-demand webinar
The Power of the Transformational Arc:
Making Stories More Emotional, Meaningful and Marketable

Taking a Womble in the Writing World

Writers write. Sometimes I wander around in my head looking for a place where I can meet someone. A music loving friend, Dave Pipe, from Sussex, England, might call it a mental womble. I think about various places and visit them. I look around to see who is there. I meet them. Some people would call this a character exercise.
This free-form wander is not part of any current work in progress; it is simply writing "what I see." Essentially, the "visioning" is apropos of nothing.
When I went to Chico, California, in my head, here's what happened.
​

Chuck Maloney had that sandy-haired way of going everywhere in a rolling stride. I imagined him sleeping in his P.F. Flyers. But, I know better. I spent almost as many weekends at his house as I did at mine. He did not wear his shoes to bed the first time we camped out in his yard under the big black oak. He was eight. I had a month left of seven. We didn't talk much, just sort of did things together.
That month in age lead gave him the edge. As far as I was concerned, Chuck was a leader: introduced me to a million secrets.
I think it was the next summer we crested arrows. John Ringer, Chuck's next door neighbor, a mile down the road, had a hunting dad. Ever time I went in the high-ceilinged, dark-roomed house, I was mute in the presence of boar, goat, and buck heads mounted on the wall staring straight ahead into the void in the middle of the living room. John's dad was really a hunter. At nine, everyone's dad seemed possessed of unattainable skills.
Our fiberglass bows came after a lot of begging, pleading, and extra chores. Out of our allowance, we bought arrows from John's dad. He made his own. We stood rapt as he glued in fletching while he told hunting stories. We listened, but he was really talking to those shafts, encouraging them for the best kill ever. Well, every batch he made a few short ones just for us kids. He measured our draw, and we got custom arrows. Of course, he didn't spend as much time on our fletching.
"Pretty soon," he said, "I'll teach you boys how to make your own bow. Show you how to mold fiberglass."
"Like on car bodies?" Chuck asked. His dad did a lot of body work at the garage.
"Yeah, kid. Sort of like cars but with more finesse."
We steeped ourselves in archery lore, read the history of the longbow and two versions of Robin Hood. We picked our paint colors for cresting, measured the spacing on the shaft. Not that we were in some competition. We just liked archery. But, we could walk right up to the target pinned up on that bale of straw out in Chuck's backyard and pull out our arrows instantly. Chuck's were painted blue and silver. Mine were red 1/16 inch, 1/4 inch space, green 1/16 inch, quarter-inch space, and then 1/16 inch yellow. I spent a lot of time painting those lines. They were never as neat as Chuck's. He had the knack, just like his dad: precision.
The Ringers moved to Grass Valley right before Christmas. We never did make those bows. Kind of lost interest after old man Ringer was gone.
Next year, as I remember, my dad taught us to tie flies. My dad took us fishing maybe ten times over at the Yuba. The rest of the time we fished local creeks, Chuck rolling along the creekside in his P. F. Fliers. I liked that early morning time, the privateness of the running water and the birds. Once, I caught a big daddy trout, I mean bigger than anything Chuck caught. Felt good. Mostly we spent those hot Chico afternoons tying flies. Fly tying is a way for boys to use color and design without losing face. I mean, in a country of plaid shirts and boots, boys just don't get mixed up with art. Men either, for that matter.

Freeing Your Writing from Requirements

This exercise is very freeing for getting into a character's head. Because it is not tied to a current work in progress, there's no need to think about how it moves the story forward, foreshadowing, or how the passage relates to the other characters. Also, it is freeing because you don't have to worry about covering all the character points--description, back story, strengths or weaknesses, and the like. Simply meet your character and listen to what he or she says, and see where it goes.

Zara Altair
Posted by Zara Altair at 11:27 No comments: 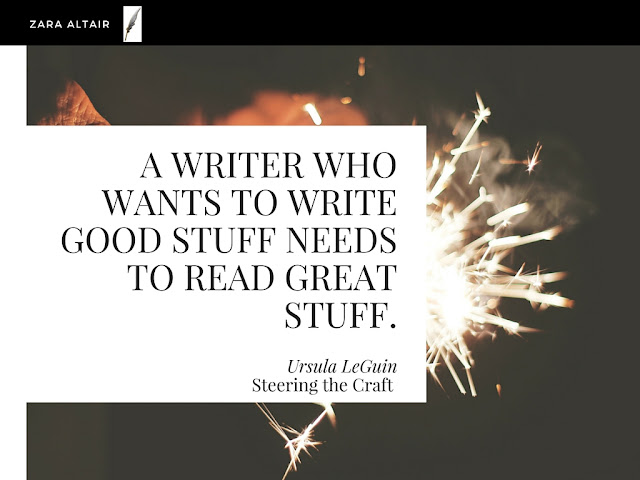