How To Finish Your First Mystery Novel 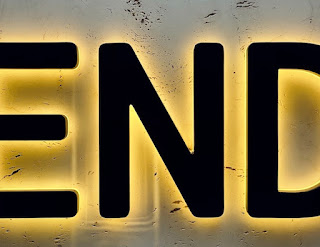 I want to talk about finishing your novel and the struggles that can happen and how you can actually get it done. It's a big project.

I have two mystery writing groups. One is the group for students of Write A Killer Mystery and the other is an open group about mystery writing. What I see is people without a plan can struggle with getting their novel finished.

So, let’s delve into things that can happen and steps you can take as a beginning mystery writer to actually get to the end of your novel.

97% of the people who start a novel never finish, and I don't want you to be one of those people. I want you to be part of the 3% who actually finish their novel. It. It's a big project, and it's going to take a lot of time. It's going to demand commitment on your part. Without commitment, it's not going to happen.

One of the biggest obstacles when you first start writing a novel is to seek perfection. You want to write perfectly the first time around.

One of the words might not be right and you want everything to be wonderful (think perfect) for your readers.  But at the beginning, when you're writing the first draft, just let stuff go.

If you think a passage needs a better word, just put a marker there for that word and keep writing.  I use four X's, but you can use anything. Then I can search through the entire manuscript and find those places that I want to augment.

Your very first goal is to get to the end. So just put perfectionism aside and work on getting to the end.

Have a Story Concept

To begin, you need that mystery concept. You may have an idea. But there's a difference between an idea for a story and actually writing the story.

This is where so many people get stuck.

It's better if you have a plan, even in your head. I've talked to a lot of people who call themselves Pantsers who write by the seat of their pants and don't have an outline. But even so, they have an idea of a plan in their head what they want to have happen and who the characters are.

Whether you're a pantser or an outliner you want to have a basic idea of the story. Especially for a mystery, it helps to know the end.

You want to know who actually committed the crime.

Have an idea of who the characters are and what their personalities are like.

Writing is how you work on your novel.

Even if there's a day where the day is full, and you only have 15 minutes, there are things that you can do to help move your story forward.

Even in small amounts of time, there are things you can do. So if 15 minutes is all you have, don't let it go by. Use that 15 minutes to work on some aspect of your novel

I work with a software called Plottr. It's amazing how many people who were plot Pantsers now use that outlining system to work on their novel—even if they write the whole novel by the seat of their pants.

When they get to the editing stage. They use it to fill in the gaps in the story, the plot holes, to smooth out the story.

On the other hand, if you outline the story before you write, your writing goes faster because you don’t have to stop to wonder what happens next.

Start at the beginning, get through the middle, and get to the end to get that first draft done. You aren't going to finish until you do it.

You're not going to believe how much getting to the end means.

There are things you can do in the editing stage to go back and fix. But while you are writing the first draft, you don't have to figure all those things out.

I can't stress enough, just get the story written.

Then you'll have a much better idea of things that you want to build.

but you don't worry about those fixes in the first draft.

Prepare for the Big Hump

It happens to all writers. So another thing I want you to know is all writers go through this novel-writing process.

What happens is that the story can feel stuck or you lose the motivation for the story. It’s often because you don't know where this story's going. That happens usually someplace after the midpoint in that third section of your story.

There are things that you can do to help you get through that stuck place.

Now you can keep writing. Planning that section where you get stuck can help you keep going.

Want to Finish Your Story

One thing that happens when people give up and join that 97% is they aren't motivated to finish the story. You do need motivation.

One of the ways that you can help yourself with motivation is to connect with other writers.

Some people use a writing buddy. You each make a commitment to a certain amount per week or time writing, or however you arrange the commitment. Also, you may meet once a week to talk about what you've been doing and what your plans are for the next step in your story.

The benefit is you just get that emotional support to know that you're on your way to finishing your story.

Another way is to join a writers group. Learn how to find the right writer's group because the wrong one will be bad. You can get emotional support from a writer's group and make new friends.

Without motivation to finish as a goal, you're not going to get there. Motivation is a big part of getting to the end.

The reward is absolutely fantastic when you finish your story. It's the great feeling of I did it. I finished.

If you're like me, you’ll be motivated to write another novel.

But of course, the first one is the big challenge. So I just encourage you to do it. Do it, write that mystery novel.