What Is Your Mystery Suspect Hiding? 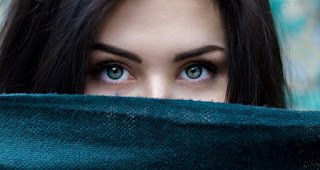 Difficult Suspects: The Lifeblood of Your Mystery

The reader wants the suspects in your mystery to help the sleuth find the villain. And so does your sleuth. But your role as a writer is to make the suspects difficult. You want them to mislead your sleuth, lie to protect their secrets, forget important details and cause trouble for your sleuth.

A mystery story is about a search for the truth. But along the way, you want to create multiple problems for your sleuth. Conflict keeps readers reading. As you create your character background for each suspect, list how a character can confound your sleuth.

While evidence, clues, and red herrings help your reader keep guessing, the suspects provide personal interaction with your sleuth. That interaction is the story world that keeps your reader turning pages.

Your challenge as a mystery writer is to create characters that challenge your sleuth. Your detective must track down, examine, and determine each suspect’s relationship to the victim. Each interaction with a suspect drives your sleuth—and your reader—toward the final solution.

The Suspect’s Relationship to the Victim

The more readers see your characters hiding secrets, the more they engage in solving the mystery. Your sleuth works hard to uncover the secrets suspects hide. Your readers will work just as hard as suspects throw up screens and hide personal secrets. As long as you have a firm grasp on each suspect’s relationship to the victim, you’ll help your reader plunge into the clues, relate to the suspects, question their actions, and keep guessing until the end.

Round Out Your Suspect’s Role

To help you know what your suspect hides, ask yourself questions about the suspect.

You’ll end up with not just a picture of your suspect, but ways they can hide information from your sleuth.

A Primary Obstruction for Each Suspect

In your character background. Include at least one way a suspect creates a problem for your detective. People are rife with character flaws, so put them to use to baffle your protagonist.

Give each suspect one major way to create conflict for your sleuth. Here are some examples:

When you first introduce the suspect in your story, you have an idea of how the suspect will add obstruction to solving the mystery puzzle. You control how the information the suspect gives your sleuth reveals clues. And hides information.

The more you know about each suspect, the easier it is to use a suspect’s character traits, habits, and personality to create engaging and obstructing interactions with your sleuth.

What is Your Suspect Hiding?

When you identify each suspect’s main hidden truth, you’ll enrich your story with engaging characters. More importantly, you’ll create obstacles that make your reader ask questions and instill a desire to keep reading.

Photo by Alexandru Zdrobău on Unsplash

Email ThisBlogThis!Share to TwitterShare to FacebookShare to Pinterest
Labels: amwriting